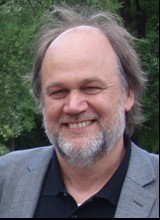 Prof. Volker Grimm is biologist and physicist and works at the Department of Ecological Modelling at the Helmholtz Centre for Environmental Research – UFZ in Leipzig and as professor for Theoretical Ecology at the University of Potsdam. He is a world-leading expert in ecological modelling and co-authored, with Steve Railsback, both the first monograph and first textbook on individual-based/agent-based modelling. His main research focus is on optimizing model development, communication, and validation. He has been involved in modelling a broad range of plant and animal populations and communities. Using agent-based models, he tries to link behavior to population and community dynamics and to develop a mechanistic basis for resilience theory. 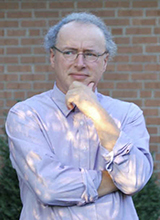 Rob Axtell applies agent-based computing tools to the social sciences. He has worked in the areas of economics, finance, urban systems, environmental science, anthropology, public policy, technological change, and complex adaptive systems. His research has been published in leading journals like Science, Proceedings of the National Academy of Sciences, and PLOS One while being reprised in Nature, as well as appearing in field journals (e.g., The American Economic Review, Computational and Mathematical Organization Theory, and Journal of Industrial Ecology) and computer science conference proceedings (e.g., Autonomous Agents and Multiagent Systems). His work has been covered by many newspapers (e.g., Wall St. Journal, Washington Post, LA Times) and magazines (e.g., Technology Review, Wired, New Scientist). He is co-author (with J.M. Epstien) of Growing Artificial Societies: Social Science from the Bottom Up (MIT Press/Brookings Institution Press), an early statement of the agent-based research program applied to questions in the social sciences. Most recently he has been working on a full-scale model of the U.S private sector, using some 120 million interacting software agents who self-organize into 6 million firms. This research will be published soon by MIT Press as Dynamics of Firms from the Bottom Up: Data, Theories, and Models. Professor Axtell spent nearly 15 years at the Brookings Institution (Washington, D.C.), as Senior Fellow in the Economics Studies and Governance Studies Programs. For the past decade he has taught at George Mason University (Fairfax, Virginia) where he chaired the world’s first Department of Computational Social Science for 8 years while teaching agent-based modeling at both the undergraduate and graduate levels. This spring his 20th Ph.D. student will graduate.

Keynote Speech: Agent Computing as a Technology for Integrating Micro-data (including Geo-data) into Models