Great picture. Some really interesting questions at the end of this blog. 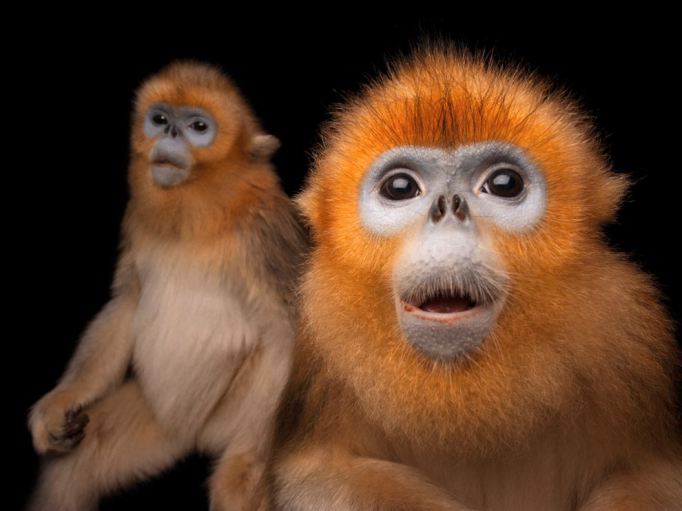 At first glance, the golden snub-nosed monkey (Rhinopithecus roxellana) more closely resembles a children’s book illustration than an actual animal. With its wild orange hair, squished grey face, and bulging black eyes, this monkey appears to be designed Dr. Seuss himself. Yet the golden snub-nosed monkey does not glide between wavy purple and orange “trufalla trees” but instead the massive pines of Southwest China.

Still, like many of Seuss’s greatest characters, our hairy friends are facing great adversity. The species is endemic to only a few mountainous forests and its habitat is gradually being destroyed. It is now listed as an “endangered species” by the IUCN (http://www.iucnredlist.org/details/19596/0). As China consumes more and more resources to support its exponentially growing population and economy, it has begun to destroy the refuges of some of its most threatened species. In this case, the golden snub-nosed monkey population has been decimated by the practice of harvesting fallen logs for use in industry. Normally these monkeys depend on dead trees for lichen, the staple of their diet. With an ever decreasing supply, compounded by other means of habitat destruction, their survival is in peril.

What can we do to save them? Habitat reserves? Lumber quotas? Relocation? Scientists are scrambling for answers. One thing is for certain, it is up to us to advocate for all threatened and endangered species. Dr. Seuss’s own little orange creature, the Lorax, put it best when he implored: “Unless someone like you cares a whole awful lot, Nothing is going to get better. It’s not.”